While everyone is jolly happy about the fact that a currency like this exists, we might have been ignorant of its downsides to people and businesses.

The question is, is it helpful for businesses or the economy? Is it the currency with no cons? I doubt that.

It enabled one thing what we call the politicization of money. In today’s market, most monetary transactions are allowed through central banks. But now with Bitcoins, it has changed and has impacted the entire economic market structure from head to toe. People can challenge this economic power.

Although there have been several implications of the fact, bitcoin can lead to secret money laundering. That’s why it is often referred to an as uncontrollable and unpredictable form of currency. Experts have pointed out that Bitcoin came with the ability to find out loopholes in the current banking system with the inability to track economic activities. It was like a spy we didn’t know we needed.

Bitcoins have led to the emergence of new markets and have several open gateways to new types of trading. No one controls this market. It governs itself and fluctuates according to the demand and supply of people.

On 23 November 2017, bank Negara Malaysia (BNM) was required that conversions of Bitcoins or any other cryptocurrency into cash must be reported as transactions under anti-money laundering laws.

However, there has been a lot of news and speculations labelling Bitcoins as the carrier of bad governance and corrupt political system. You can know more about this fromvisit cryptotrader.software.

The people or miners who issue cryptocurrency or Bitcoins are self-appointed individuals upon their own will.

The main aim is to support an ever-growing system and community where no one has veto power over anyone.

But there are always two sides to a coin.

All in all, on one side Bitcoin, is said to give a beneficial rise to the economies especially in countries like India, but also lead to haphazard management as too much decentralization of power may even prove fatal.

Since this exists on the internet, there is no perfect way to protect it from human error or any technical glitches. Also, the user needs to be cut to point precise while performing the transactions as online transactions are non-reversible and can prove fatal. One small mistake can wipe out all life’s saving with the blink of an eye.

Bitcoins do not have a boss; it is independent. This feature makes it easier for people to indulge in fraudulent activities as no one can question its liability and legitimacy. Big tycoons often use it to launder their illegal money. Converting the black money to white now has a saviour. Billions and trillions worth of currency has been laundered through Bitcoins, and no one can question even being aware of it. Therefore, the rich get more productive, and the poor remain poor or gets poorer. They also use it to buy and sell drugs, or arms and ammunition, human trafficking, prostitution etc. Cybercriminals now have a legal platform to perform all this.

One of the significant drawbacks of Bitcoins is that they do not support refund policy unlike all the credit cards or local ATMs in the market. It puts the owner in a great deal of stress to be precise like a bullet as money once gone will not come back. It is difficult, almost impossible to extract money again because it is as decentralized as it can be, and most of the user’s identity is anonymous.

Gold mining requires human labour, while Bitcoin mining requires a large chunk of electricity to operate. This is a drawback in countries where the majority of power is still not generated by renewable sources like water, wind or solar. This may prove expensive for such countries. Also, in countries where electricity is derived from say, coal plants which emit horrible smoke in the environment, making it unsafe for children and even adults to carry out outdoor activities. A prominent example of this is China. With Bitcoin, it has increased the capacity of these plants, and in return, the environment is being polluted at best. 6 Ways to Earn Bitcoin without Mining 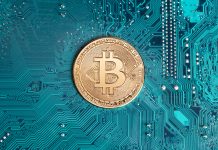 What Impact Will Cryptocurrency Will Bring on The Business World